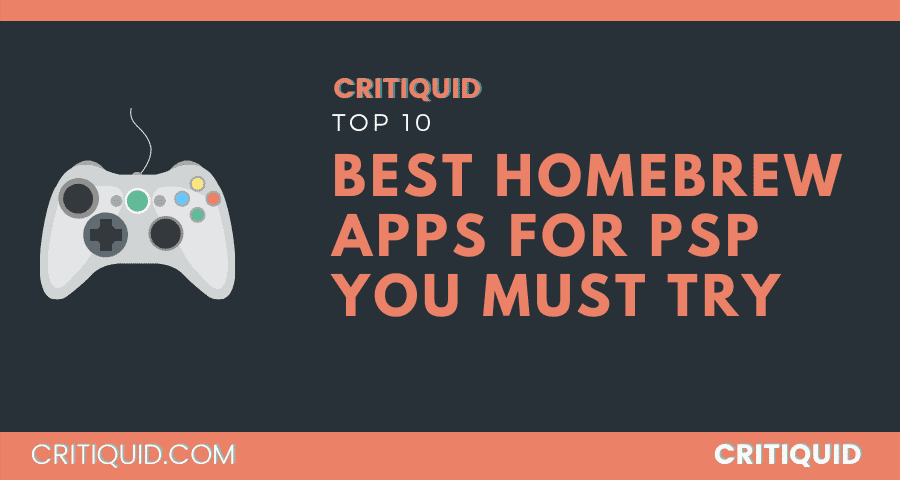 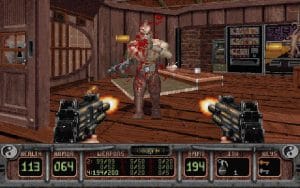 Shadow Warrior is one of the most popular 1st person shooter games of the 90’s era. However, a reboot happened in 2013, followed by two sequels, Shadow warrior 2 and 3 (announced). The reboot version homebrew app is available to enjoy the game on PSP devices. The third sequel is set for a 2021 release. 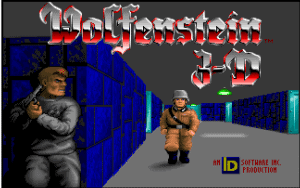 Wolfenstein 3D used to be a highly popular first person shooter game during the late 90’s and early part of the new millennium. Till date it enjoys a strong fan base. The version available for MAC PCs can be best described as the port of console versions with additional weapons, front facing enemies, and high res sprites. But it has differences with the DOS version. The MAC version has been designed for Modding and the custom levels can be easily selected from episode menus. It must be noted that the retail version contains ports of the actual DOS levels apart from the console levels. The retail version is known as the Third Encounter. 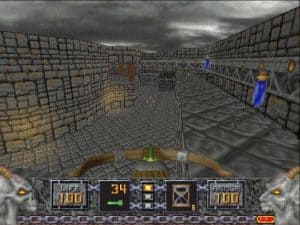 Doom Legacy has been ported for the PSP Portable. The best part is that the ported version comes with a multiplayer capability option. The homebrew PSP Doom legacy promises the best version of old Doom games along with the latest options. But that said, you also need to understand that the users will be able to witness only the NEW VISUAL LIGHT on the software rendering mode. The PSP homebrew version doesn’t include in-game music although it supports the multiplayer option. Do note that the PC-PSP port has been designed to accommodate a total of 5 separate WAD files with one slot being reserved for the primary WAD file. The other slots are used for custom-created WAD files. A word of advice: try to keep minimal load configuration to prevent hiccups while executing the PSP Homebrew Doom Legacy.

This is it with a modded Doom campaign

This is it with a modded doom campaign certainly will encourage the gaming addicts to have a go at the options available. The PSP version will have modified campaigns for the Doom game series and promises lots of fun and excitement. It is perfectly apt for PSP units. However, do focus on the installation procedures carefully.

The version Hexen 1.1 has been uploaded for homebrew PSP. Well, there can be some problems to face unless you install the actual version of the game on the PC. Once installed, the homebrew version will run smoothly. Although the port is based on the PSP Quake port, there is something problematic with it. The actual source code being used for the game is taken straight from the classic FPS by Raven Software. The Hexen II version comes with some sort of changes for the PSP homebrew. Though errors have been fixed, there can be some rendering problems at times. Some new features make the PSP version more user-friendly. You will find support for resuming and suspending games, music playback, optimized sky drawing, and lot more.

Categories Lite is the plugin used for creating customized folders by the users to place their content on the PSP. It allows the user to categorize the homebrew and isos into specific menu items, separated from one another. This is one of the most utility based plugins that allows the users to stay organized in regards to the content and store all the necessary homebrew and games accordingly. Since the entire approach allows for an organized effort, it results in easy sorting of games and content when in need. It is easy enough to add the plugin. First, you need to create the folder in directory /seplugins/ named categorieslite. Then, include the add category_lite.prx to /seplugins/categorieslite/ folder.
Next, open the VSH.txt file and include a new line to add the plugin. If you are using multiple plugins, it is better to add the code for this plugin at the first line.
The code if you are using PSP 1000, 2000, 3000: ms0:/seplugins/categorieslite/category_lite.prx 1
The code if you are using PSP Go: ef0:/seplugins/categorieslite/category_lite.prx 1

PSP-FTPD plugin can be best described as a FTP server for PSP. It is used to provide permits for retrieving and sending files or even completing directories to and from the PSP using wireless connectivity. Thus, there is no need for the use of cables.

The PSP Adhoc Transfer plugin is used for transferring files from the PSP to another through wireless connectivity. Presently, PSP Adhoc Transfer plugin supports one-one and one-six file transfers. The latest version comes with the FilerView feature which simplifies the overall implementation process. The PSP Adhoc File Transfer works on units running M33, OE, as well as Kernel 3.xx custom firmware versions. However, it must be kept in mind that the PSPs should be running on a minimum 0.5 version to let this plugin function properly.

PSPKVM is an open-sourced micro emulator (java based) compatible with Playstation Portable. It has the ability to unlock a vast library of J2ME feature based apps from the past. PSPKVM enables the JavaME/MIDP applications like games to run on the PSP. This plugin was actually developed by Sleeper, but got merged with PSPME later on.

FuSa GamePad is the plugin that allows the user to use the PSP as GamePad Main. It comes with easy PlugnPlay options and does not require the use of any drivers. It comes with an 8-directional point of view and offers support for Deadzone. It comes with digital as well as analog modes. Fusa Gamepad is quite easy to use and compatible with almost every PSP available to run in the Kernel 5.00.

So, here you have witnessed some of the best homebrew apps for PSP. While there are lots of other options available, these above mentioned ones seem to me quite useful. However, if you have some other options in mind, do mention it in the below comment box.